Colins Surgery and all the gore that went with it.

WARNING THIS BLOG CONTAINS PICTURES AND SCENES OF SURGERY IF YOU DON’T LIKE BLOOD DO NOT SCROLL.

So you may all remember the blog from a few months back where Cols had his full MOT, he saw lovely Claire the physio and one of my vets from work came to have a look in his mouth, we found a slab fracture of his 109 tooth, now for those who don’t know (and why would you) this tooth is the first one in the upper jaw that communicates with his sinus cavities. This is major because food travelling up and getting stuck in this causes the tooth to rot and the sinus can become full of pus, the surgery for this is having to have a hole drilled in the skull to drain the pus away and many sinus flushes. The best course of action was to get the tooth removed and pack the hole to protect this sinus. So now brings us to surgery day.

Surgery Day
The first hurdle of the day was travelling in the trailer which he took to like a pro, a few minutes to get in but in and travelling well, I could take a deep breath and settle once we got there because the rest for me is all something I deal with every day and could prep myself for. A quick and speedy admission and I finally got to weigh him, hew 488kgs which for his size is still on the lean side but just imagine how little that number was back in December?
After a few hours in the stable whilst I rode another patient for re-assessment it was time for his initial assessment and a plan to be made, this was done under standing sedation in stocks with a dental endoscope that is a big long camera that looks into the horses mouths with a very detailed image of the tooth, it was fractured, rotting and removal was 100% needed.

Now I have a huge fear of the dentist, I cry as soon as they put that little mirror in my mouth to look at my teeth, Cols was being so brave and I managed to hold my emotion, I wanted him to feel safe knowing I was there with him and not panicking. I know I am so lucky that I got to be there for his treatment unlike so many owners at this time.
In my five years in equine practice I have seen a good few of these and it is not an easy job, you need patience of a saint to get these little blighters out and in true Colin style it wasn’t coming out the easy way, we needed to cut a hole in his cheek called a Buccotomy so the Surgeon had better access to the upper jaw and this is where we started to bleed A LOT, not a great day to wear an Ariat base layer to work, having your own horse blood on your hands and face is a feeling I am not comfortable with in the slightest especially when it was also ruining some of my best riding clothes, my work jacket very quickly got brought into action to protect them.

After nearly five hours of hammering, wiggling, a lot of blood and frustrations form everyone involved – including Colin who tried to sit down on the foot towards the end the final bit of tooth was out. It was such a relief, because the tooth was so rotten it came out in bits and we needed to make sure we had it all to try and stop further infection happening. Colin was an absolute dream, the poor boy has A LOT of sedation, he’s what we call the business ‘a heavy weight’ he would not be a cheap night out, un liker his mother. Cols had stood in the same spot on his little legs with the dental gag wedging his mouth open for the whole time and rightly so had got fed up towards the end.

After care
And then was time for all the nursing aftercare, which is where I came into my own, after standing on his little legs for that long I popped his protechmasta infrared Boots straight back on his front limbs as he had been leaning forward on these for the whole sedation, these boots are meant for reducing inflammation and encouraging blood flow in the limbs which is exactly what he would need and I have to say the next morning his legs looked great, less inflammation than he’s had on box rest before. He had been well and truly power by protechmasta. His HUSK technology rug was also popped back on, sedation makes the sweat but he felt cold, I knew he wouldn’t overheat in this and it would dry him off nice and quickly so he was made totally comfortable. The second part of his aftercare was monitoring him for signs of colic, colic is a general team for tummy pain but the type of colic we were most worried about was impaction, sedation slows everything in the digestive tract down so as the nurse overnight I monitored his droppings eating and drinking very carefully, all of which returned to normal after about 10 or so hours, Clever Colin.

Discharge
He was ready to come home and the loading to come back want as straight forward as on the way, we have antibiotics, pain relief and lots of snuggles planned for the next few days and then onto our in hand work before reassessment to start riding him again. As you can all see he’s happy to be home and asked me to tell you all thank you for your lovely messages of well wishes for him. 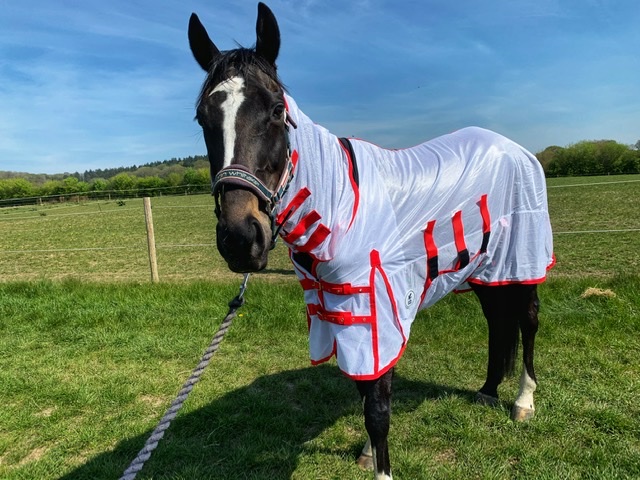 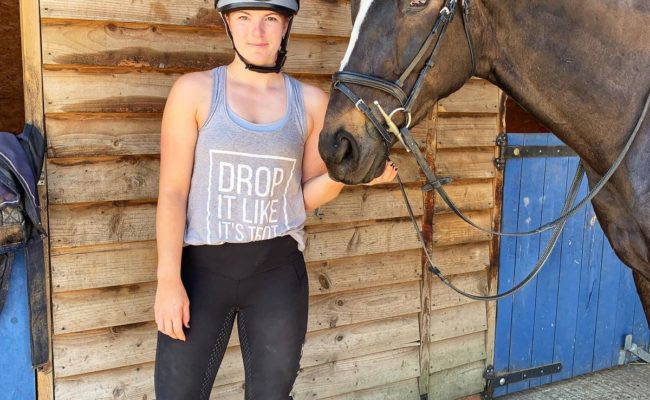